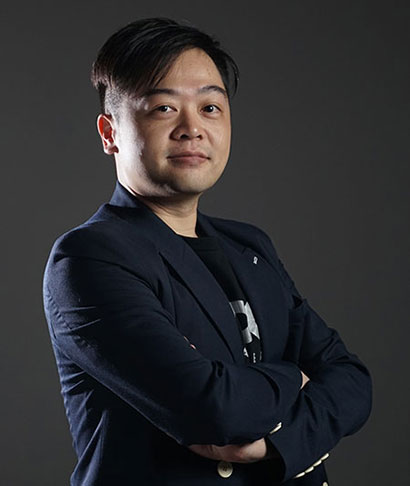 “ The expert in everything was once a beginner. ”

Low Bin Weng is also the Co-Founder and Director of Undo Academy. After graduated, Bin Weng worked as 2D Concept Artist for SilverAnt. He was employed as 3D Visual Effect Artist for film, advertising and animation for VHQ Malaysia, where he received numerous recognitions from the industry. In 2012 when UNDO Academy founded, he received IPCC Grand Winner from MSC Malaysia. The animation clips were done by the UNDO team, “After Doom” and “Mission Cat Possible” are two short animation clips honoured to receive recognition from TBS Digicon6 Japan.

Bin Weng has dedicated more than 10 years to educating 3D Animators and professional Digital Artist in Malaysia. He continues to work on UNDO’s Intellectual Property exploring ideas for animation, visual effect and games.